Since muscle testing is a function of energy, and not of physical strength, e.c.c. can be done remotely.

What is Muscle Testing and How to Use it

What is Muscle Testing and How to Use it

The basis of Emotional Complex Clearing (e.c.c.) is muscle testing or kinesiology. Muscle testing is a curious phenomenon that has been around for about sixty years. It is based on the premise that under certain conditions, a muscle (usually the deltoid) will hold strong or go weak, when tested (or pushed down) by someone else in order to respond to a question. This is not a function of strength, but of energy that is independent of conscious beliefs or defenses. This is not a trick, but a naturally occurring phenomenon that can be demonstrated with just about anyone.

It was developed by a chiropractor and is used these days mostly by chiropractors, acupuncturists, and nutritionists. Many health practitioners use either Applied Kinesiology or Touch For Health. Very few therapists do muscle testing, which is a shame, for it can be used to create a signaling system that is both reliable and valid to obtain yes or no answers from the client’s inner self. Recently, one controlled study demonstrated the effectiveness of using muscle testing to guide dream interpretation to curb the frequency of recurring dreams.

If you’ve never before experienced muscle testing, get a friend to help you and take the positions shown in the illustration below.

Let’s say that your friend Mary is the one on the right and you are about to muscle test her.

Muscle testing is a skill, not an art, nor yet a science. You are simply doing a natural form of biofeedback without a machine. With a little practice most people will soon be able to get results that are convincing, compelling, and quite exciting. Once this signalling system is set up, you are ready to ask more useful questions.

Let’s say your friend Mary is disturbed, troubled, or depressed. Let’s assume also that you know that she comes from a troubled background and, although she may have tried psychotherapy several times, didn’t gain much benefit. 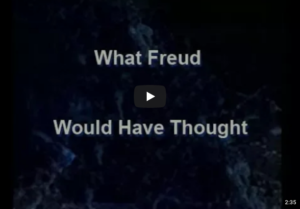 By using muscle testing you can find out four crucial things:

Moreover, muscle testing will cut through denial and allow you to check out your judgments, interpretations, and intuitions. Muscle testing will also minimize or eliminate resistance because the responses are so observable and unmistakable. This serves to bypass a lot of guesswork and disagreement.

By using muscle testing, Mary becomes more of a participant in the process. Instead of your interpreting or explaining her issues to her, the two of you together can embark on a journey of rapid discovery, locating exactly what is important and weeding out the irrelevant.

This saves a tremendous amount of time and energy. Mary can even “tune out” consciously and you will still get answers from a deeper level of her being.

When Muscle testing is first used, Mary’s arm “inexplicably” weakens, she may claim, “You just pushed harder!” It may be only when she has the opportunity to use muscle testing on someone else that she’ll realize that the pressure on their outstretched arm is roughly the same.

To produce real change, unconscious barriers must be accessed and released. Muscle testing is a safe, non-invasive, and even forgiving technique that will allow you to do this.